for the Influencers Festival CCCB | Barcelona 2013

Chelsea Manning is an IT specialist and former member of the US army. In 2013 she was sentenced to 35 years in prison by a military court for the disclosure of secret military documents to WikiLeaks.

Chelsea’s Wall picks out and amplifies Manning’s voice, a Twitter stream that talks about whistleblowing and its direct personal consequences, prison life and her physical transition to becoming a woman. Out of the tumultuous, never-ending flow of information on the internet, her tweets may be finally read as what they really are: a political thought, a burst of emotions, a call to action and an invitation to never surrender.

CINEMATOGRAPHY | EDITION Elena Molina
This public intervention was co-produced by !Mediengruppe Bitnik and The Influencers 2015 and realized in October 2015 at the same time in Barcelona and at the Elevate Festival Graz (Austria). 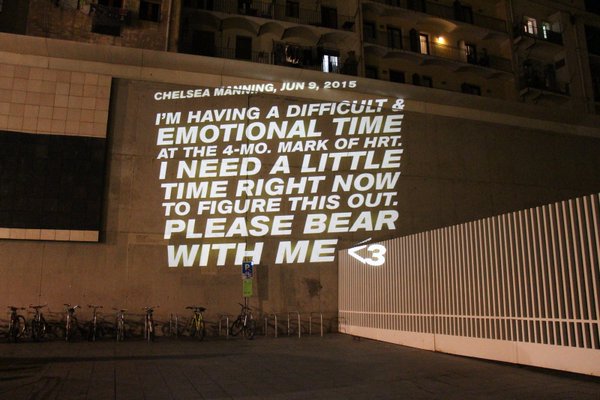 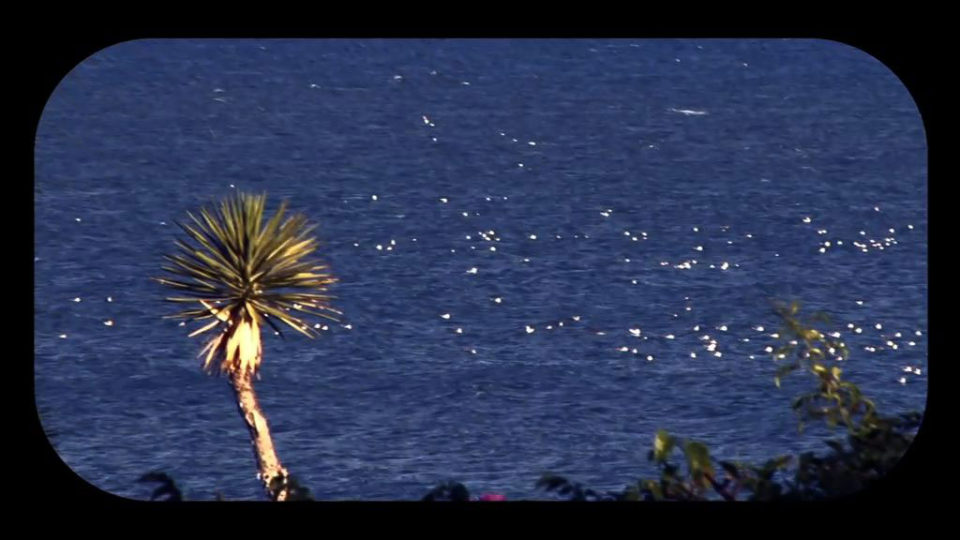